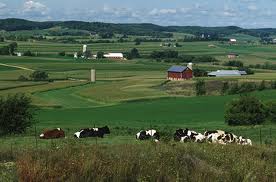 The Wisconsin Democrats employed a clever technique (denying a quorum) to prevent their legislature from adopting an anti-labor law. The Wisconsin Republicans responded with their own smart bag of tricks; they re framed the law to eliminate the quorum requirement and got it passed without the Democrats participating. Can this sort of politicking be used in the context of homeowner association votes? You bet. Read on….
Quorum Rules
Generally, action cannot be taken by official bodies – like a homeowner association non-profit mutual benefit corporation or its board of directors– unless a quorum of its members participates in the meeting or vote at which the action is proposed.
The “default” for quorums for membership meetings and votes under the Corporations Code is one third of the members. Most homeowner association bylaws say the quorum is a majority (of members voting in person, by proxy or secret ballot). Some also say that if the quorum isn’t met, it “drops down” to one third of the members.
Quorum requirements for board action are different and have their own twists.
Under Corporations Code section 7211 a quorum is a majority of the number of directors authorized in the articles or bylaws. They can provide for a different quorum with a few quirky rules, including a new one that says that if a specified person is required for a quorum (it would typically be a representative of the project “declarant”) the absence of that person means the quorum doesn’t exist even if all other directors attended the meeting. And, conversely, if there is only one director, she or he can appoint another and those two can appoint a third and in a board of five, those three can then appoint the forth and fifth directors (but usually vacancies created by a membership recall can only be filled by a vote of the members). Unlike membership meetings and votes, quorums for board action cannot be made by use of ballots or proxies. Personal attendance (including telephonic attendance) is required.
Wisconsin Roulette – Act 1
Here’s what happened in Wisconsin. The rules of their Senate required that any law involving spending money could not be approved unless a quorum of Senators were present for the vote. The Democrats’ gambit was to scoot over to and camp out in Illinois thus denying the Republicans the quorum they needed to “do business.”
Could this scenario play out in the world of homeowner associations? Absolutely. Here are some examples:
The Authorized Number of Directors Challenge: If the bylaws authorized five directors but only three are serving, all three would need to be present to establish a quorum so the board could lawfully act. So, if one director opposed a decision supported by the other two, the opposing director could simply not attend the meeting and no action could be taken since the quorum wasn’t met. (There are a number of remedies for this situation but a discussion of them is beyond the scope of this article).
Special Assessment? Under Civil Code section 1366, approval of a large special assessment requires the “yes” vote of a majority of ballots cast once quorum has been met. Under this law, a quorum is more than 50% of the membership. Thus, the fewest number of votes needed to authorize a large special assessment is about 26% of the members. When a vote only needs a majority of a quorum of members, we say the requirement is for a “simple majority” (and this is contrasted with votes requiring a majority of all owners, which are called an “absolute majority”).
Removal of Directors: Generally, it takes a “simple majority” of members to cast ballots in favor of removal of a board for the recall effort to succeed (for incorporated associations of 50 or more separate interests).  This is standard stuff but add these two wrinkles: if the recall is against less than the whole board and the bylaws permit “cumulative voting” for the election of directors, removal of any particular director will take far more than a simple majority of members; in fact, in a typical case involving a 100 lot planned development, it would take about 84% of all members to approve the recall of one or more (but less than all) directors for the vote to succeed.
These last two examples mirror what the Republicans achieved in Wisconsin. The careful study of applicable voting rules can guide an association and its members and leaders in framing votes to achieve desired results. For a board, these rules may be used to help achieve goals believed to be in the Association’s best interest. For others, the rules may be used to oppose those goals or the timing, manner or conditions by which they would be achieved. In all cases, how an issue is framed may be among the most important decision made.

(Editor's Note: Steve Weil is a founding partner of Berding|Weil and a frequent commentator on matters of interest to homeowner association members, boards of directors, and managers.)
Posted by Tyler Berding at 2:15 PM No comments: